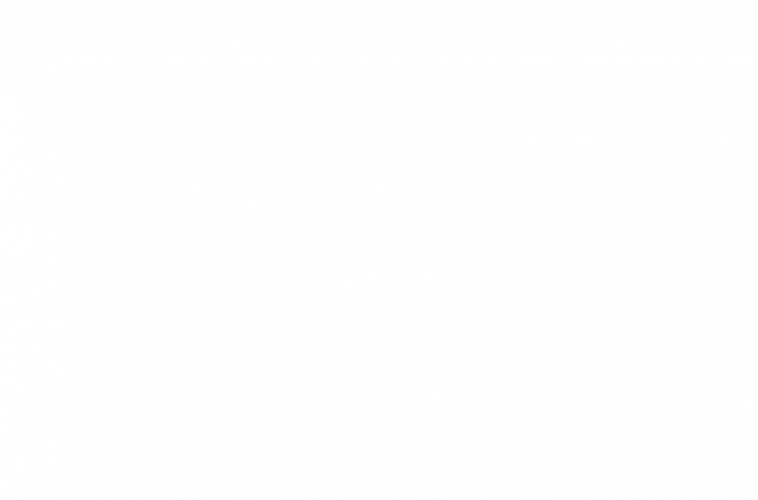 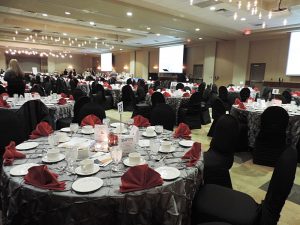 A record number of guests attended this year’s An Evening With Epic fundraiser for Epic Opportunities.

A sold-out crowd helped make this year’s An Evening With Epic one of the most successful fundraisers in the history of Epic Opportunities.

More than 225 people served by Epic Opportunities, their families and corporate supporters attended the annual event, held Nov. 3 at the Viscount Gort Hotel. All proceeds from the evening, which is the primary fundraiser for the Epic Opportunities Foundation, will be used toward the purchase of an accessible home for people with intellectual disabilities.

While final numbers are still being tabulated, this year’s An Evening With Epic raised an estimated $36,500, an increase of 36 per cent from a year ago.

Executive Director Ruby Reimer says she was delighted with the level of support generated by this year’s event.

“I’m very pleased with the fact that people continue to be genuinely interested in supporting us,” she says. “Feedback from our guests indicated that they really enjoyed the event. It’s a relaxed evening and we try to make it fun for people. We’ve purposefully tried to keep things light rather than present a long, formal program.”

99.9 BOB FM on-air personality Caroline Hunter served as the master of ceremonies for the evening. 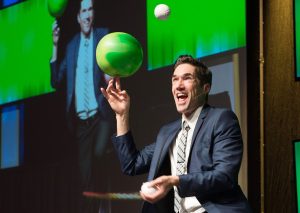 Entertainer Josh Casey had the crowd in stitches.

One of the highlights of this year’s fundraiser was a performance by entertainer Josh Casey, whose interactive comedy and juggling routine had the audience in stitches. Casey has performed for audiences across North America including at the K-Days family fair in Edmonton and the Alaska State Fair.

“I heard people say they laughed more at this year’s event than they have in a while,” Reimer says.

Organizers received plenty of positive comments from those in attendance about the ambiance of the venue, which Reimer says is a credit to the efforts of the Viscount Gort staff and Epic Opportunities volunteer committee members who helped decorate the room.

Reimer also praised the work of Winnipeg-based production company Dirty T Shirt Productions, which produced a video for the event highlighting the efforts of Epic Opportunities to promote inclusive living for people living with intellectual disabilities.

One of the most encouraging results from this year’s fundraiser was the fact that corporate sponsorship of the event increased by about 26 per cent compared to a year ago.

“We are trying to build more awareness of the event and that has really given us a strong base of support that keeps growing.”